A trip to the flea market was suppose to start our day. Unfortunately there were only two or three vendors there.  We just drove on by.

It's been a while since we played tourist so we drove over to the town square and whiskey row.  Went through the shops and didn't buy a thing.  Next we stopped in a RV shop to buy the front bracket for the leveler that is on our kingpin.  It was broken by the flying alligator.  We tried rubbing out the front nose of the rig but the damage is into the finish.

Looked at a few places for lunch and nothing appealed to us so decided we'd just head back to the rig. Watched a movie and then it was time to go over to set up for the show.   They have boards covering the ice rink and we have a good location for our table.  I think tomorrow we should dress warmly.

After leaving the convention center we decided to try out George's suggestion.  I don't usually like Denny's but we had stopped at that one before.  What a surprise!  They had hand breaded cod, soup or salad, choice of potato, coleslaw, a wonderful bread and all beers were $2.00.  They came around offering more fish but we were too full for anymore.

I took some photos from my new phone today but can't seem to figure out how to get them to this blog.

Posted by billandjanrvingtheusa.blogspot.com at 8:19 PM 2 comments:

Bill and I left Casa Grande 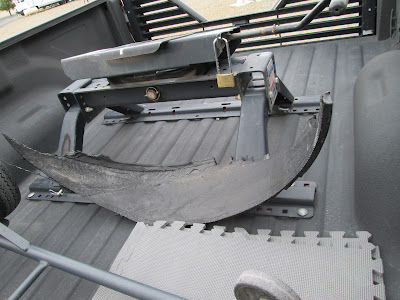 around 9 am enroute for Prescott Valley.  We cruised down I 10 which was very crowded but moved right along.  We usually go to I 10 then on to the 202 East and then the 101 north to I 17.  While we were rolling along on the 101 we saw black alligators on the road.  For those of you who do not know what a black alligator is it is the tire tread in the non rving world.  Bill navigated around it nicely.  The car in the lane next to us had all the room in the world to miss the one in his lane but he managed to aim at it.  The next thing we knew we saw the black alligator hurled into the air and flying right for our windshield.  We both ducked thinking it was going through our windsheild.  We hard a horrible sound as it hit the roof of the truck and then the nose of the trailer.  The alligator then died in the back of the truck.

The rest of the trip was uneventful except our coffe carafe broke and we couldn't pour coffee.  We were going to stop at Sunset Point rest area but it was closed so we had to go without the coffee.  I don't think Roger Hime could have done this.

We are staying at the fairgrounds in Prescott Valley.  When we pulled in the office was closed but the host came over to tell us to pick any site we wanted and then drop our payment in the drop box.  Very nice for $15.48 a night with 50 amp service and full hook ups.  They have very wide and long sites.  Did I mention they were pull thrus?  I asked the host if there was a place that had a fish fry but he has only been here a few days and didn't know of any.

We decided to go to Costco where I got a new phone.  I had dropped my Droid and broke the glass last week.  I got the Samsung phone instead of the Droid.  The deciding factor was the Samsung was $49.95 and the Droid would have been $169.95.  Now all of you know the problems I have with smartphones.  So if you call and I don't answer wait awhile and I'll see the missed call and call you back.

We weren't sure where Tim's Toyota Center was for tomorrows show but on the way back to the RV park we passed it.

George, the host, just knocked at the door to tell us of a place to get fish.  How nice of him to drive down to tell us.  That's a good example of going the extra mile. 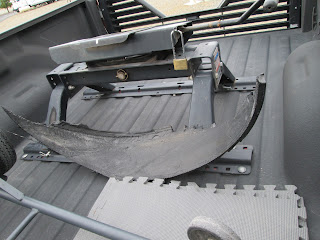 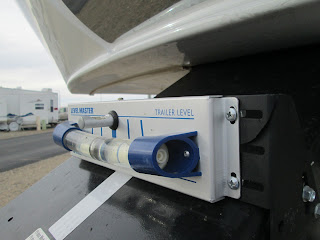