I have no idea where the days have gone, but we've been busy morning until night.

There were a few "honey do" jobs that needed done.  One was to repaint the front door. 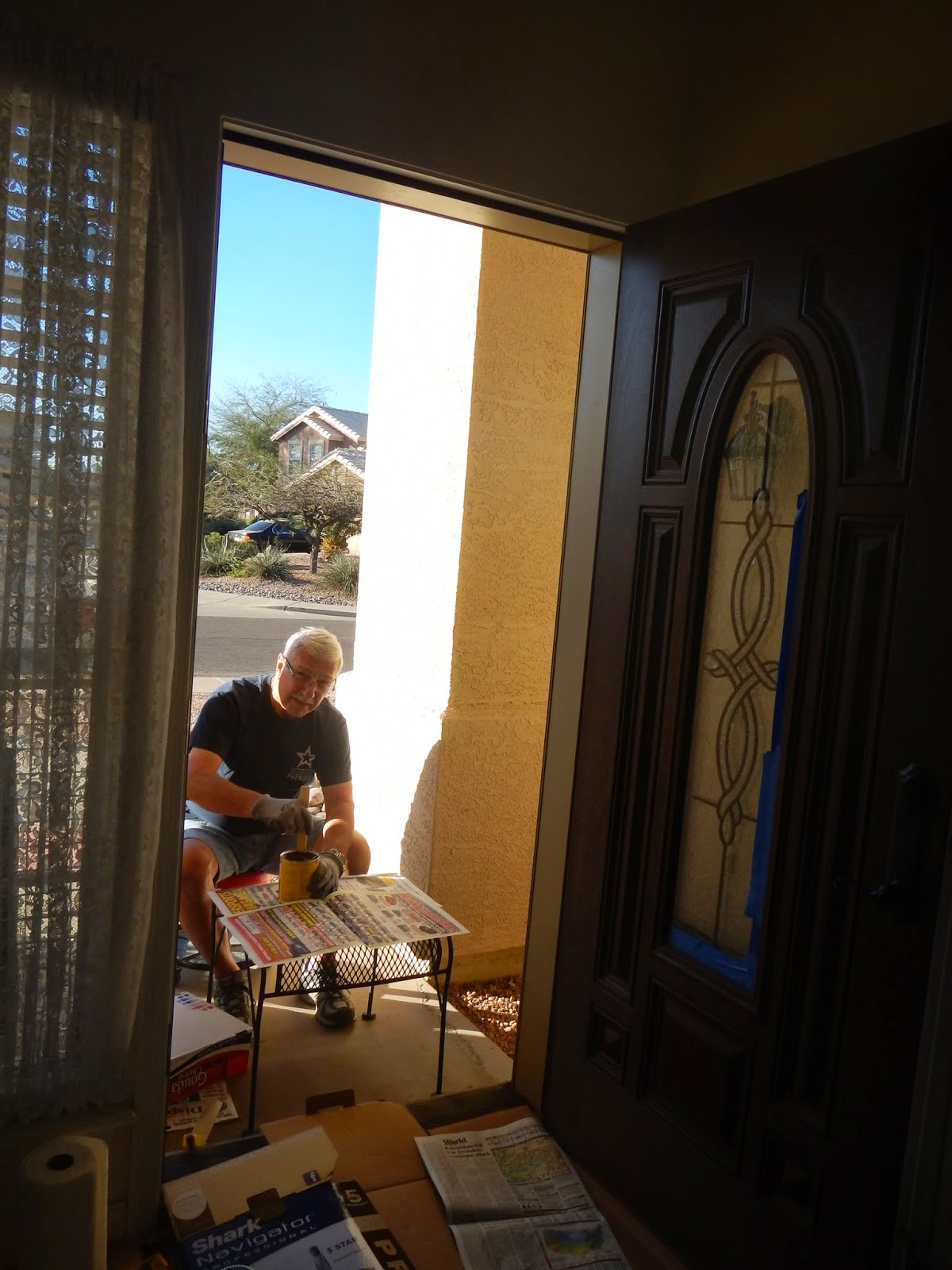 This was a detail type job and anyone that knows me, knows I'm "that's close enough".  It's good that I married a detailed and patient man. 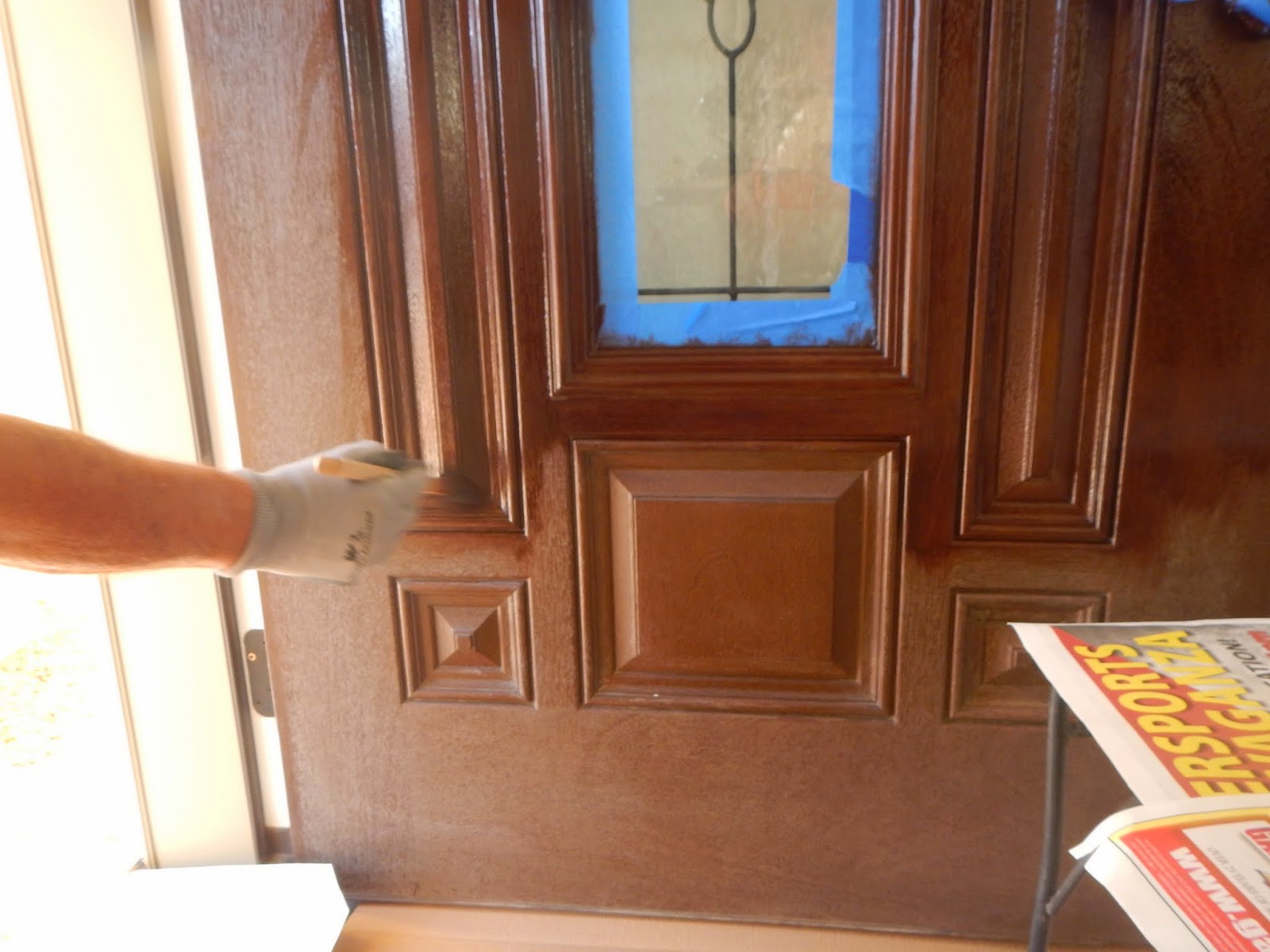 It's unreal how fast the sun can bleach out the color.

The next job was buying a new TV.  We had our old one 14 years and it was time to replace it.  I checked out the Black Friday App to see if the one I wanted would be any cheaper on Black Friday.

Off to Costco we went when we found out the $700 off on the model we wanted was until the stock was gone.  We remembered about the limit per day we had placed on our debit card, as the card was declined twice.  Talk about embarrassing.  No problem, we can write a check.  You did bring the checkbook didn't you?  Okay, all we have to do now is call the bank and have them release enough to pay for the TV.  I called and when no one answered remembered they closed early on Saturdays.  Ended up applying for a credit card rather than drive back home 45 miles to retrieve the checkbook.

We manhandled it out of the vehicle and then had to move the old set.  Remember the days of the older computers and how big they were?  Well this old TV was a 65 inch screen with huge speakers and almost 5 feet tall.  Bud Walsh came over to help us get it out the door.  It was on wheels, so we just rolled it out to the sidewalk.  Minutes later someone stopped and asked if he could have it, he said he'd be back before 3.  As it turned out it was still on the sidewalk at 3:30 and a neighbor came and wheeled it to his house. Bud was a lot of help.  He hooked everything up in no time at all.  We need to get a media stand but want to wait until the carpet has been installed.

Had an appointment for my mammogram but as I was called back, they discovered it had been exactly one year and needed to be one year and a day for Medicare to pay.  Why didn't they know this when I called for the appointment? 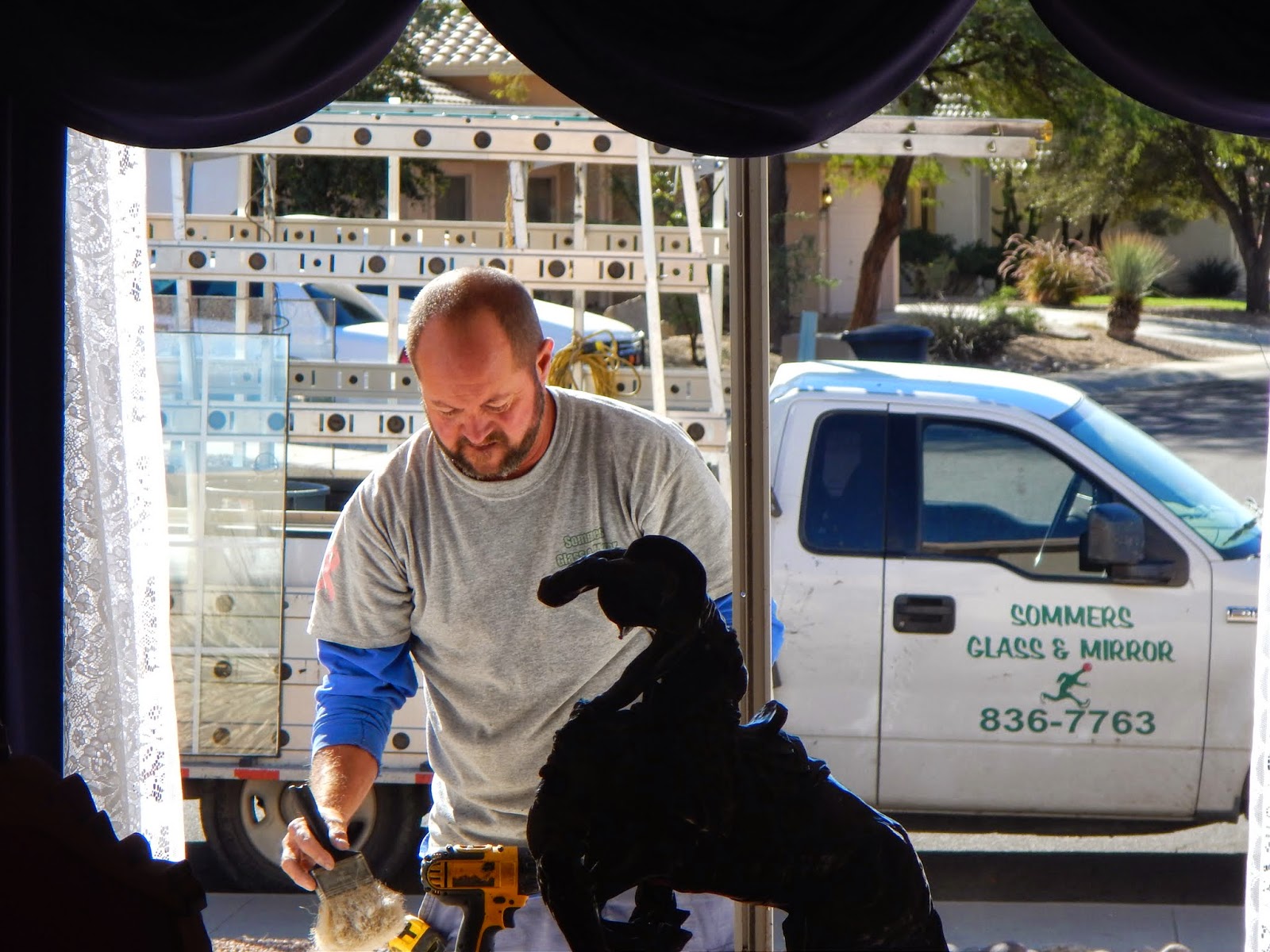 The window finally came in and the installer came out to install it.  This was the window that Bill broke when he threw a rock at the pigeons and followed through too much on the throw. 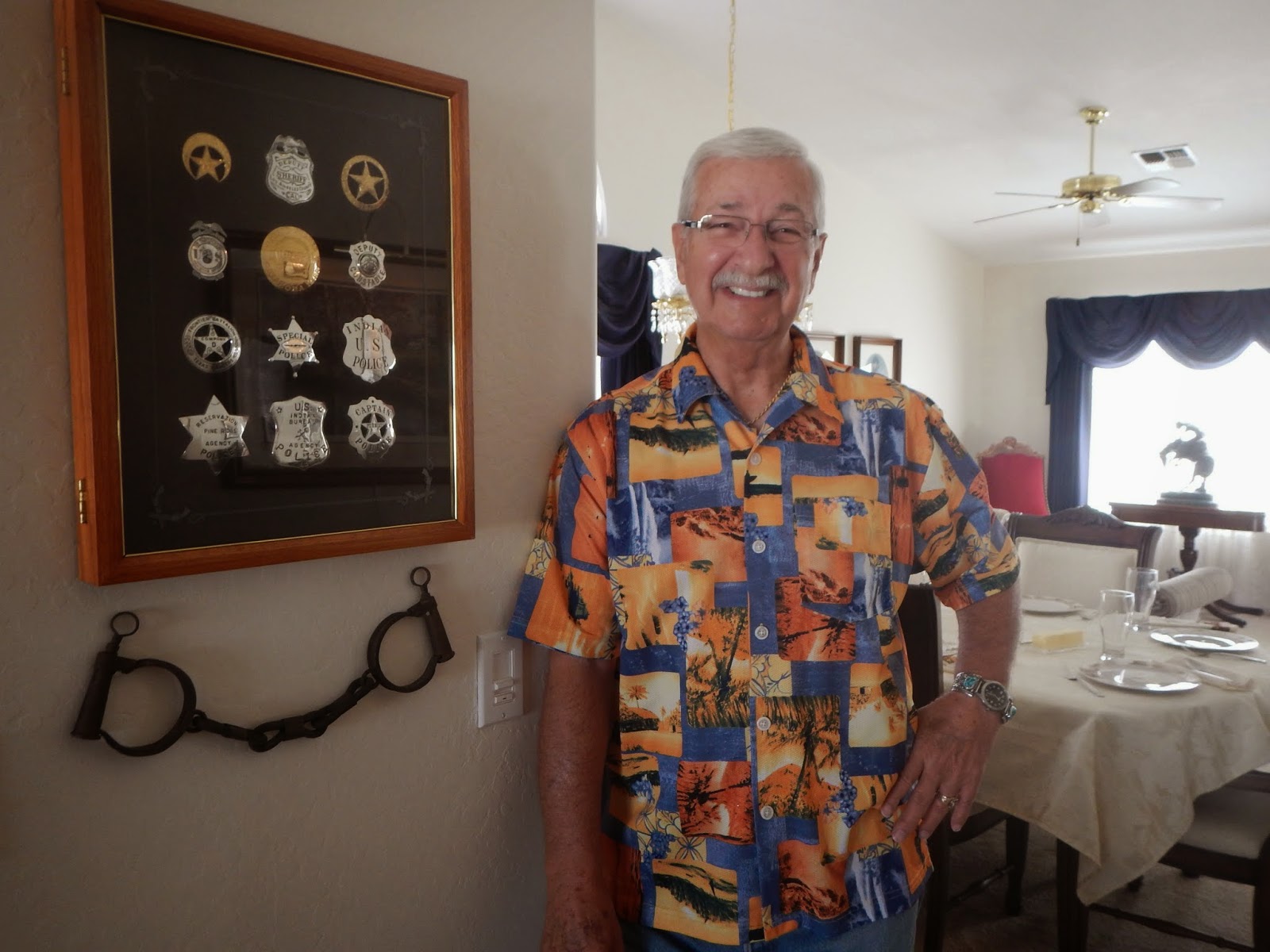 You see the handcuffs on the wall, do you think I should cuff him the next time he picks up a rock? 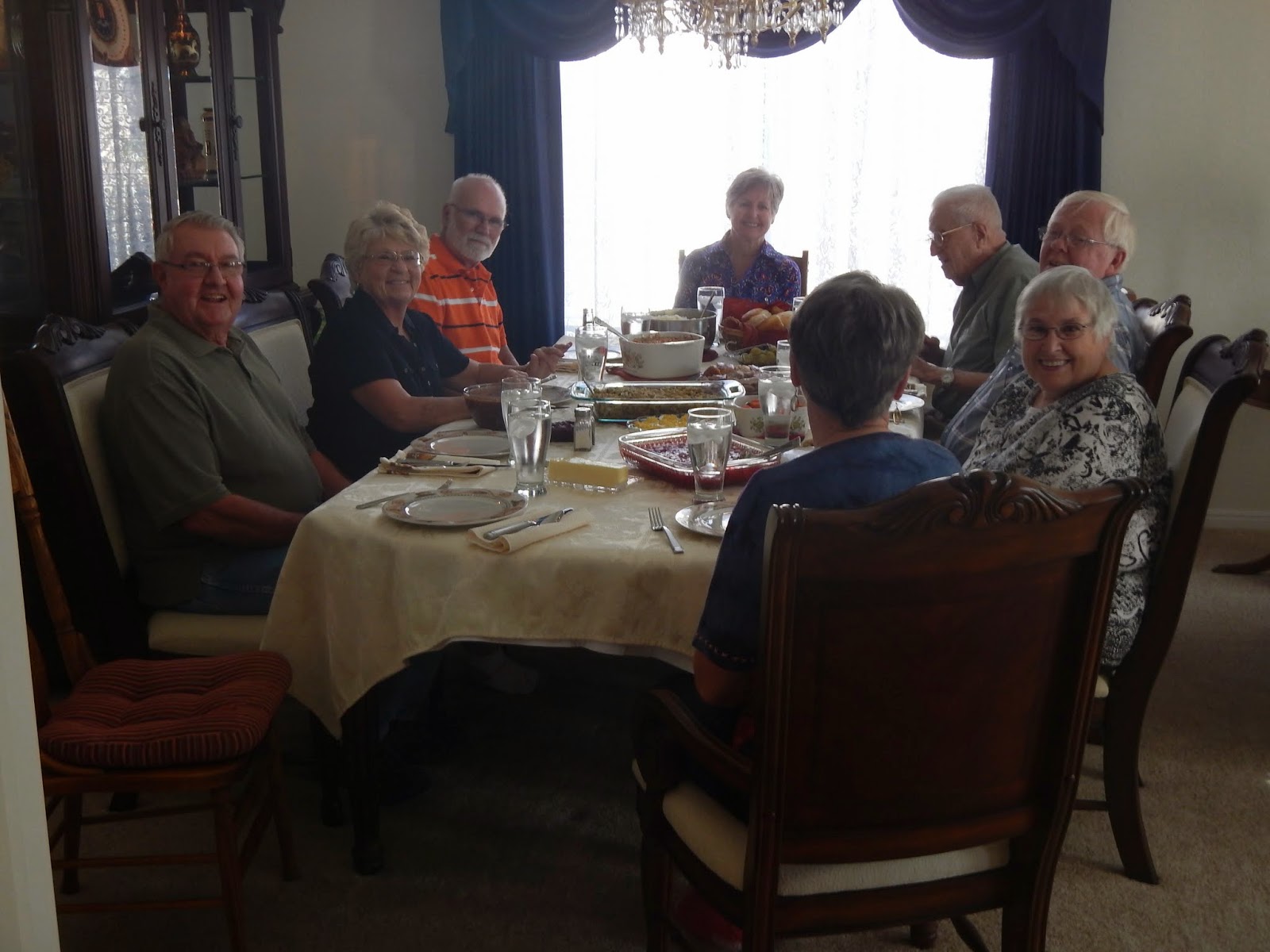 Our Thanksgiving with family and friends was very nice.  We are so blessed to have such a good happy and healthy life and such great friends.  Bill and I are thankful daily.   There are a lot of people in this world that aren't happy. 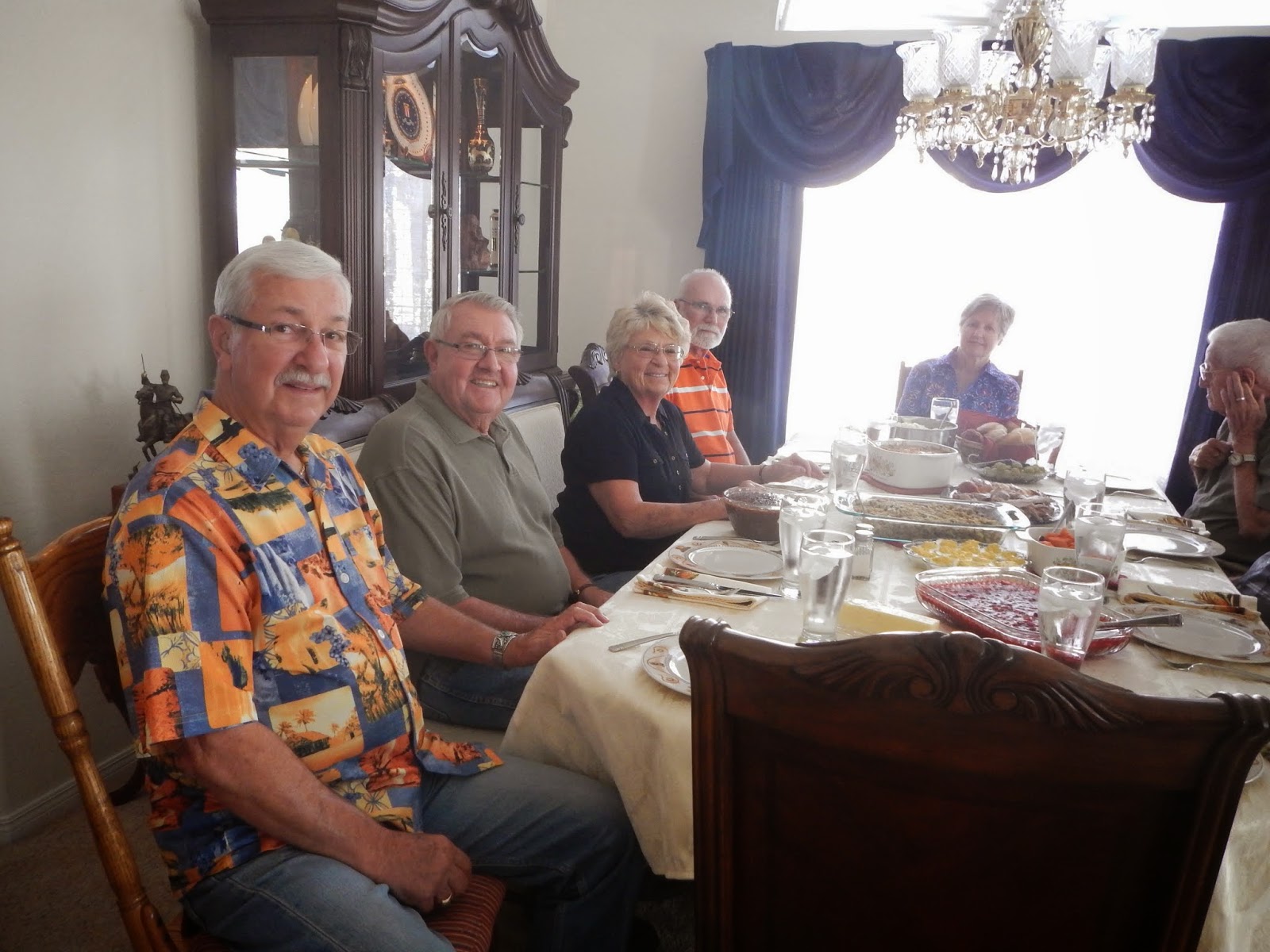 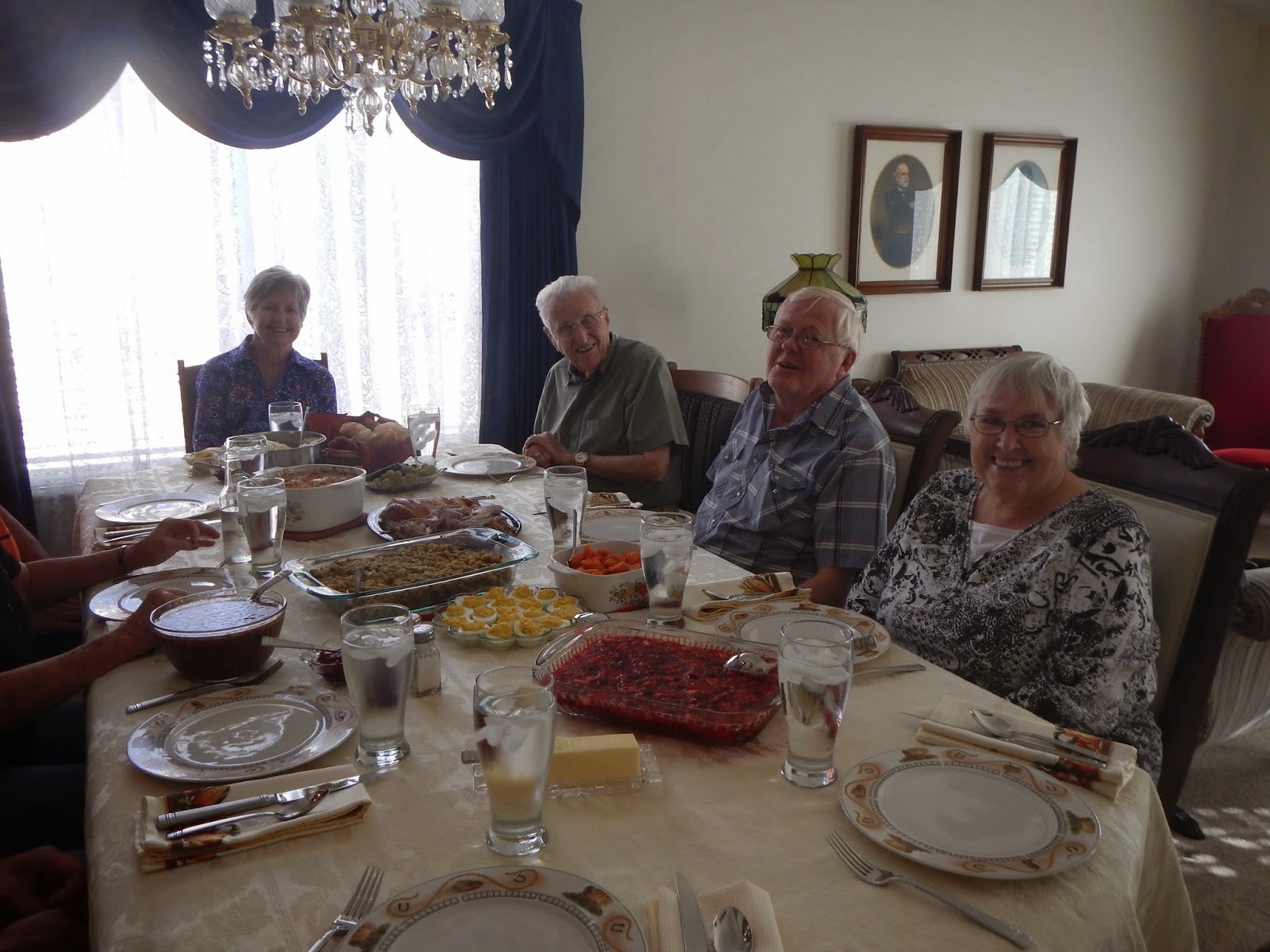 I posted all the photos I took, because Sandie wants to use them for her blog.  They weren't the best, but all I have.

I hope your Thanksgiving was as special as ours was.

Posted by billandjanrvingtheusa.blogspot.com at 5:22 PM